Recently we reported on the allegedly gold-backed V999 coin of E-Karat International in Ireland. In the white paper, the “Osint Group” with the address The Willard, 1401 Pennsylvania Avenue NW, Washington, DC 20004, United States of America (USA) is given as the gold auditor. The address is wrong, because it is the address of the Willard InterContinental Washington, a luxury hotel in Washington, DC.

US lawyers have checked the alleged existence of the “Osint Group” and found that there is no company in the United States of America (USA) called “Osint Group” which is an “auditor”. The statements in the whitepaper ( https://v999.gold//documents/v999-platform-white-paper.pdf) of E-Karat International therefore represent a deliberate fraud, no matter how one may turn the case, the fraud is deliberate and according to information from US lawyers, behind the alleged gold-backed V999 Coin is the internationally wanted investment fraudster Rainer von Holst alias Jan Faber, who also calls himself an impostor, lawyer Dr. Peter Klein.

For information, a white paper serves to provide information in the area of the capital market and is mandatory for relevant capital investments in the sense of offered investments with its explanations. The allegedly gold-backed V999 Coin, which has no approval by the SEC in the USA (United States Securities and Exchange Commission), thus uses an auditor for its alleged gold, which does not exist at all, this is deliberate investment fraud!

In this context, the Stuttgart-based company Karatbars International and its managing director Harald Seiz are currently being mentioned in the same breath as the V999 of E-Karat International, and Freebay AG in Switzerland (https://www.moneyhouse.ch/de/company/freebay-ag-3390601631) is also being mentioned in connection with the KBC and V999. Information on who runs Freebay AG can be found in the narrowest area around Harald Seiz. The fact that Karatbars has something to do with the allegedly gold-backed V999 coin without the approval of the German Federal Financial Supervisory Authority (Bafin, https://www.bafin.de) can be seen more than clearly here: https://www.youtube-nocookie.com/watch?app=desktop&v=iYOK1L2CSj0

The German Attorney General’s Office in Koblenz already expressed massive doubts about Karatgold Coin (KBC) in its investigations and stated: “Karatbars’ promise to hedge purchased coins with gold appears questionable. According to the files, it is highly doubtful whether there were actually gold values of any significant magnitude or whether this promise was merely intended to ‘lure’ investors. “As early as June 2020, the renowned German business newspaper “Handelsblatt” reported on these massive doubts.

The case of the V999 Coin and the companies associated with it, as well as their initiators, show a clear connection between the Karatbars boss Harald Seiz and the “Osint Group”. Enquiries with the German Federal Financial Supervisory Authority (Bafin) as well as with the United States Securities and Exchange Commission (SEC, USA) confirmed non-existing licences for issuing security tokens or securities according to § 32 KWG (German Banking Act).

So it must be left to Harald Seiz to explain recent photos with a private jet, his real estate in Mallorca and Stuttgart or even a luxury restaurant in Los Angeles to his investors and affiliates, who have been demanding the promised gold from Karatbars for months, as well as what Karatbars has to do with the allegedly gold-backed V999 Coin, in whose whitepaper a non-existent company, the “Osint Group” is written!

It therefore remains to be seen what the next investigations will show, here around the topic of the V999 Coin and Karatbars. In this regard, Bafin and other international financial authorities warn against Karatbars and Karatgold Coins and demand their reversal:

Mehr Frauen in die IT! 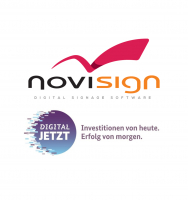 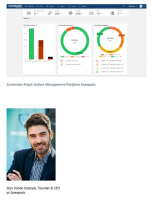 Sweepatic exhibits in the RSA conference 2021